It may be the way a celebrant describes themselves - someone with bags of presence, or who is quirky, or colourful (even if that colour is black!), or with a non-mainstream identity - or it may be the type of client they appeal to.

Without going into an essay on psycho-social history and politics, to those of us who grew up goth in the late 70s/early 80s, alternative means something else. It's synonymous with post-punk era music. It was used too to indicate non-mainstream comedy, and lifestyle/identity  - green issues, sexuality, challenging prevailing social mores etc).

There's more of a blending of the tribes now, but alternative folx include:
Likewise, people who are a minority by virtue of belief, lifestyle, identity or characteristics:
It's a diverse and inclusive alt church! 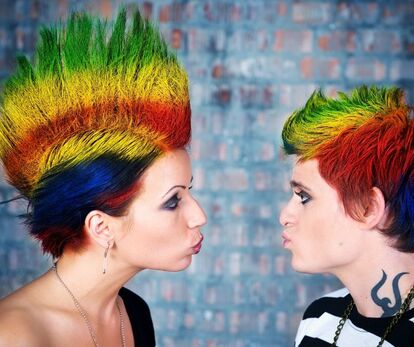 Alternative ceremonies often involve rituals and symbolic elements borrowed from different cultural & spiritual traditions. They may revive and reclaim them - such as neo-pagan faiths and hand fasting, jumping the broomstick etc. See the Ritual page on the Wedding Menu.

If these appeal as stylings as part of your ceremony, for acknowledging its symbolism and powerful visual impact - and because it's both fun and meaningful, I'll incorporate it as an enhancement to your alternative ceremony, e.g. I offer symbolic hand tying, rather than spiritual hand fasting.

Why not have an entirely new ritual? Once I know more about your interests and personalities, we can share ideas and create a completely unique symbolic act, personal to you both. 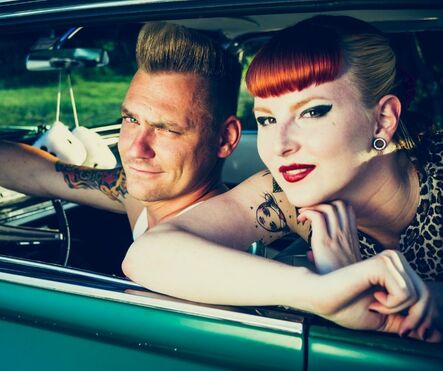 As an independent celebrant, I'm free to incorporate any worldview or spiritual tradition. I'm also humanist, and not affiliated to any network to give you greater freedom of choice.

I'm happy to acknowledge your faith, if you have one, within your ceremony.
If you are looking for your beliefs to be the essence of your ceremony, there are other ceremonialists for whom this is key part of their identity, who might suit you better.
I'll gladly to pass on a few names.

However, most of my clients prefer a secular celebration.

Some are humanist / atheist / agnostic, others would just rather their ceremony is non-religious so the focus is wholly on them and the excitement of spending their lives together.​

​Others who may be seeking a non 'spiritual' alternative ceremony include self-identified geeks or nerds, and people interested in sci-fi, science and skepticism. You're my tribe!

​It's not only weddings & vow renewals: I lead alternative funerals & memorial celebrations. 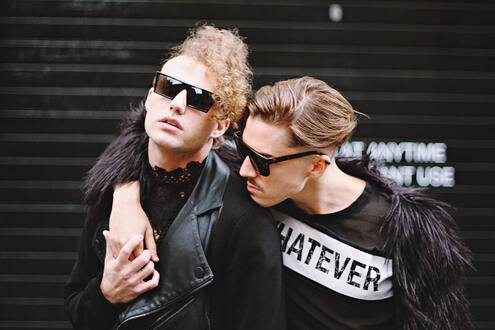 ​An alternative to
traditional ceremonies

'Alternative' here is shorthand for 'not a dull, rigidly-structured ceremony' that sends you to sleep in church or the register office with routine-but-necessary legalities or boring parts that aren't about the couple at all.

In a sense, all celebrant wedding celebrations are 'the' alternative, because although celebrant ceremonies are surging in popularity, most wedding ceremonies are still registrar-led. Probably because the law means that the easiest and more practical option, and many people still don't know what celebrants do.

Celebrant ceremonies are alternative because they offer what statutory services cannot: they are engaging, life-affirming and uniquely personalised. Personalised doesn't mean 'you can swap the poem, or choose from these three sets of words', as is the case with councils offering 'celebrant-style' ceremonies.

Rather, it's about a ceremony that's person-centred, bespoke; created around, and with, you. There is a breaking away from convention as suits you; something more unconventional and eclectic.

There may be a cool theme woven throughout e.g. formal, feathers, rustic, rainbows, pirates, circus, camping, monochrome, movies, boho bride... you get the idea!

'Alternative' may also refer to ceremonies at non-traditional venues & locations, rather than a place of worship, register office or a function venue. Think bars, beaches, bouncy castles, the basket of a hot-air balloon, a  rocky outcrop, or a rock club.
Because your celebrant-led ceremony may take place anywhere.

Image of me by Dean Wilkinson